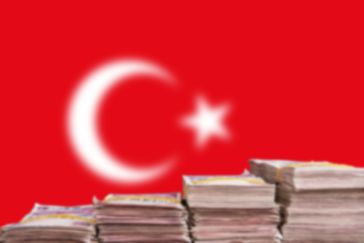 While inflation might be something you only hear in the news and looks like a distant event that doesn’t concern you, for some, it can have real, life-changing consequences. Through the lens of Turkey, this article explains what inflation really is and how it can affect your everyday life.

Central banks around the world are currently dealing with inflation which has recently hit levels unseen in the past 20 years.

Due to supply chain hurdles, extreme money printing and labor shortages caused by the pandemic, prices already went up 6.2% in the U.S., 4.2% in the U.K., 4.5% in India, and 10.7% in Brazil. This has left many economists buzzing about what it could mean for the economy, markets in general, and even what inflation could mean for the gold price.

But we’ve been wondering: if this situation with higher inflation gets worse, what could it mean for, you know… normal people?

To give you a better picture of what inflation really is and how it can affect peoples' lives, we will use Turkey’s current economic situation as an example.

Turkey’s inflation rate is one of the highest in the world, which is a perfect example of what could happen in other countries if their inflation levels increased.

What inflation does to your money?

Most of us are used to thinking that inflation simply means higher prices. But, in reality, everyone’s true inflation rate is different, because we all buy different products and services depending on our own financial situation.

In fact, inflation can even be good to certain groups of people:

But unfortunately, with inflation, not everybody can be a winner. For many people, higher inflation simply means that their paycheck is not going as far as it once did, unless they are among those whose salaries keep increasing at least as fast as inflation. But that’s not the case for most individuals.

Therefore, the majority of workers on fixed-wage contracts will effectively see their salaries getting smaller and their purchasing power shrinking.

Imagine, in just one year, gasoline prices rose 51% in the U.S., while used cars cost +26% more. Meat and natural gas prices are also sky-high. Take a look at the image below to see the impact of inflation in the US on some of the most common consumer products:

In short, if one’s salary is not adjusted to inflation, the latter erodes the average person’s purchasing power, basically making what you have today worth less tomorrow.

Just to give you an idea: in countries with extreme levels of inflation, like Venezuela, paper money has become so worthless that artists make handbags out of the country's currency. And in some parts of the country, people are even using physical gold nuggets to pay for basic goods.

In Turkey, the situation is not as bad, but it has recently made headlines after its national money, the Turkish lira, fell in a historic crash, becoming the world’s weakest currency. And, as we’ll see, inflation is one of the underlying root causes of paper money losing value.

The short answer is yes. As mentioned above, inflation is a decrease in the purchasing power of paper money, caused by a rise in prices across the economy.

In other words, rising inflation implies too much paper money chasing too few goods: a product you buy today is worth a certain amount of money, and 2 years later, the price for the same product goes up, thus making the same amount of money worth less than before.

But, as much as we often describe inflation as a rise in prices, it can often be more useful to see it as your money losing its value: if you bought your daily loaf of bread for $1 last year, and you now buy it for $1.5, your money has lost 50% of its value.

That’s what happened in Turkey: inflation has led to higher costs for fuel and basic household goods, all of which have suddenly become much more expensive. As a result of higher inflation and other reasons such as political turbulence and the lack of independence of the Turkish central bank, lira lost almost 40% of its value in a year.

This has left many ordinary Turks reconsidering everything from weekly grocery shopping to their holiday plans, basically turning their lives upside down.

And while many economists say that the situation is not that bad yet, it’s quite possible that things will worsen.

How can inflation affect people’s lives?

To put it simply, rising inflation means you have to pay more for the same goods and services. And if your income doesn't keep pace with inflation, while you might still earn the same amount of money on paper your buying power goes down while your cost of living increases.

Of course, it’s important to remember that inflation doesn't affect everything in the same way.

For example, gas prices could increase but your home drop in value. That's exactly what happened during the 2008 financial crisis: home prices fell nearly 20% and oil prices went up.

If the situation gets really serious and a currency starts losing its value rapidly, people might consider getting rid of their national currency and turn to a more stable one, most likely the U.S. dollar.

Well, that’s what happened in Turkey.

As the situation in the country got worse, it became the center of attention of numerous media reports showing that many people in Turkey face increased hardship as prices of food and other goods have soared.

Bewildered, Turks have been sharing their feelings for how inflation has affected their daily lives:

“I had never experienced such a deplorable life. I go to sleep, I wake up and the prices have gone up. I bought a 5-liter can of (cooking) oil, it was 40 lira. I went back, it was 80 lira. We don’t deserve this as a nation,” she said.

"I have asked for an advance on my monthly salary just to convert it into dollars so that I can maintain some sense of value in my earnings. It's nearly impossible to focus or talk about anything else at this point," said Emirhan Metin, 28, a lawyer in Istanbul.

A 36-year-old freelance film editor had a similar experience, saying that he was often paid with a lag of six to eight months: "So the contract I signed last month is worth 20% less today. Who knows how much it will be worth when I get paid six months from now?"

Overall, what can that teach us? That a spiral of inflation and currency devaluation can really bring a population’s wealth to its knees.

And if, at least for the time being, Turkey’s situation seems unlikely to happen in most European countries or the U.S., rising inflation has become a global concern in the past few years.

What other countries are facing a currency crisis?

In general, currency crises are rather hard to predict. Currency devaluations can wreak serious havoc on financial markets, and impact individuals and companies tied to the currencies in question.

Here are some of the biggest currency devaluations in history:

And the recent collapse of the Turkish lira will most likely be remembered as one of the major global currency crises.

Now, could other countries be facing a similar scenario?

“Yeah, course it can … With higher interest rates in the U.S., all these other countries that have debt in dollars will be hit,” Mark Mobius, founder of Mobius Capital Partners LLP, said, without specifying what countries could be affected.

However, an analysis recently published by investment bank Nomura found that the four emerging markets most at risk of a currency crisis are Egypt, Romania, Turkey and Sri Lanka.

The Eurozone’s inflation rate has risen to a record high in November 2021, hitting 4.9% — the highest level ever recorded over the past 25 years. The figure is higher than an initial consensus forecast of 4.5% and is above October’s 4.1%. Analysts say this might push the European Central Bank to rethink its monetary policy.

And while inflation can be seen merely as an economic term describing a general increase in prices, it’s in fact a powerful and unpredictable force that can make people’s lives spiral out of control.

As the situation in Turkey has shown, it can eat away half of your salary in the blink of an eye, and make the money sitting in your bank account basically worthless.

Analysts are now warning that this currency crisis could spread to other countries as changes in the U.S. interest rates could end up having a snowball effect on countries holding debt in U.S. dollars.

And, as we’ve mentioned above, while inflation keeps raising prices and reducing our purchasing power, some assets such as physical gold are historically known to often retain and even gain value in times of inflation.

So, as an investor, ask yourself: am I prepared for inflation? If you’re not sure, now might be a good time to buy gold. 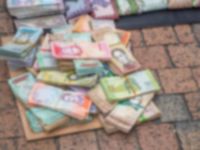 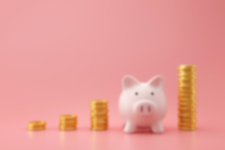 Do you want to get smarter with money in 2022? Here are 3 simple ways to cut back on unnecessary spending and build your wealth.

With inflation soaring in Europe and the U.S, learn how to navigate higher consumer prices from this great personal finance video from Sorelle Amore.