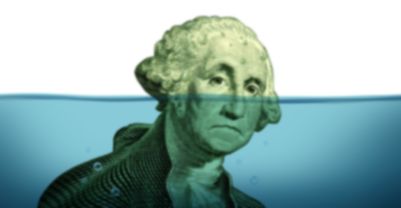 The U.S. debt has just reached 130% of GDP, and famous macro analyst Lyn Alden made a chilling observation about where all this could lead…

In her latest study on Inflation vs Deflation, star macro analyst Lyn Alden made the following chilling observation:

"Over the past two centuries, 51 out of 52 countries that reached sovereign debt levels of 130% of GDP ended up "defaulting" [within 0 to 15 years], either through devaluation, inflation, restructuring, or outright nominal default."

This is a quite worrisome finding as the United States debt just reached 130% of their GDP and with the country now ranking 7 in the world's 10 most indebted countries in 2020 according to the IMF:

Still, with a U.S. debt owed solely in their own currency, many analysts aren't worried about the risk of an actual nominal default by the U.S.

But the risks of inflation, devaluation, or restructuring mentioned by Lyn Alden?

Those are still very much on the table.

With that in mind, and if history continues to repeat itself, this does not look like a good financial omen for the years ahead. 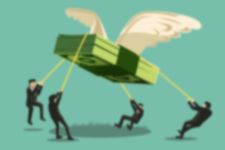 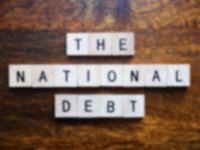 The US has seen its debt ballooning in less than a year putting the FED in dangerous territories.