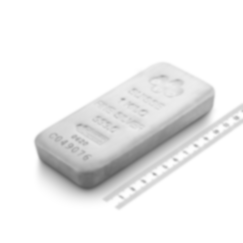 Amid growing demand for physical silver and strong investor interest, it looks like the stage could be set for another silver price rally.

It’s true that, as an investment, physical silver is often overlooked in favor of its lustrous cousin physical gold.

However, last year, the price of silver jumped more than 70% amid growing investor interest and industrial demand for the white metal.

Some analysts have even predicted that the silver rally is likely to continue as the global economy reopens after the pandemic.

So what exactly is the outlook for the silver price and could silver create new opportunities for investors?

What are the silver price trend and forecast?

Investing in silver can sometimes come with some turbulence as the silver price is usually much more volatile than that of gold. That’s why silver is sometimes jokingly referred to as “gold on steroids” or, as Ole Hansen, Saxo Bank’s head of commodity strategy, calls it, “gold with a little bit of a rocket attached,” as it tends to rally “higher and faster” than its more expensive peer.

There are a few reasons for silver’s higher volatility compared to gold. The first one is that silver has a smaller market than gold, and therefore lower market liquidity.

This simply means that buyers might struggle to find sellers willing to sell at their set price (or the contrary) which can lead to strong upward or downward movements while the market adjusts to match one with the other.

The second is that industrial demand for silver also tends to fluctuate, which can send its price bounce back and forth.

What is the silver price trend?

To give you a better idea of this volatility, let’s see what was the price dynamics for silver in 2020 and 2021:

According to commodity strategists, the silver price rally is likely to continue, even though the third wave of Covid-19, largely caused by the Delta variant, “has taken the extreme bullish silver scenario off the table for now.”

What is the silver price outlook for 2022?

However, she puts the probability of her Bearish scenario to only 30%, while she gives a 70% probability to her Bullish case.

To sum up, even in the base case scenario, the silver price is expected to go up from the current $24 an ounce, potentially surpassing the $30 level.

Because investing in silver means you sometimes will have to deal with extensive price volatility, the white metal can also surprise investors with big and fast price gains, like it did in 2020. And although 2020 was a rather unusual years for many sectors, silver and precious metals included, silver’s potential for volatility is often attractive for investors looking to add some risk to their portfolio.

But silver’s recent price movements and its general bullish momentum is based on a few simple key drivers which all seem to be turning green, one after the other.

And one of the key drivers that are likely to support this positive momentum for silver is its ever-growing industrial demand.

“China is planning a giant 400-gigawatt wind and solar “megaproject”, that would redraw the global energy map, adding as much renewable capacity as currently in all of Europe.”

Why is there a high industrial demand for silver?

Well, first and foremost because silver has several unique properties that make it especially valuable in the industrial sector.

Here are silver’s main sought-after properties for industrial use:

What is the outlook for silver’s use in electric cars?

To better understand the importance of silver in the making of electric cars, here is a simple fact: nearly every electrical connection in an electric vehicle (EV) uses silver.

This means that, in total, the car sector uses around 55 million ounces of the metal annually. And this use isn’t likely to decrease.

“The shift to BEVs (Battery Electric Vehicles and AVs – autonomous vehicles) over the decade should increase silver auto demand by 60-70% by 2025, toward 100mn oz.,” Says Shiels.

Overall, silver’s use in electric vehicles is projected to increase to more than 89 million ounces by 2025, based on data from the World Silver Institute.

What is the outlook for silver’s use in solar energy?

With climate change now a worldwide concern, the shift to finding and securing decarbonized and renewable sources of energy is already well under way in most developed and developing countries.

“Silver’s use in Photovoltaic (PV) power is the leading current source of green electricity. It is of note that, despite COVID disruption, the PV market proved its resilience in 2020. Newly added solar capacity saw further growth, with the total estimated to have surpassed 130GW for the first time ever,” The Silver Institute said in a note.

And solar power generation is expected to nearly double by 2025, providing an important and consistent source of industrial demand for silver over the next 10 years.

This is quite unsurprising, given that more and more countries have recently been shifting to renewable energy sources, with China taking the lead in the solar energy sector.

Indeed, the Chinese government plans for huge, game-changing projects in renewable energies as they slowly move away from coal, are likely to create extensive demand for silver as a key component in these industries.

“China [is] planning a giant 400-gigawatt wind and solar “megaproject”, that would redraw the global energy map, adding as much renewable capacity as currently in all of Europe,” Nicky Shiels wrote in a note.

As we’ve seen, silver has truly unique properties, ones that cannot be found in other metals, giving it a clear advantage in many industries. This is why we are seeing an increase in demand from electric cars to computer and medical manufacturers or even the solar energy sector at large. A growing demand playing as a major factor in silver’s rise as a sought-after metal. No wonder that this has been drawing more and more investor interest to silver.

Are retail investors turning to silver?

According to Ole Hanson, head of Commodity Strategy at Saxo Bank, although around 50% of the demand for silver was industrial, the rest came from investors.

“Considerable growth in silver investment was the chief driver of the metal’s 27 percent average price gain in 2020 […] Strong demand for silver bars and coins pushed physical investment demand up 8 percent to a four-year high,” the Silver Institute said.

A flashback to #silversqueeze

The famous #silversqueeze, that happened twice this year, is a good example of growing retail investor interest in silver.

In late January - early February 2021, retail investors, encouraged by comments on Reddit, piled into the market, and succeeded to push the silver price to an eight-year high.

“These are passionate investors, they come from all food groups, from all over the world, and they're here to stay,” Michael DiRienzo, the Executive Director of the Silver Institute, said about the silver squeeze movement.

The second #silversqueeze took place in early May. This time though, the idea was to buy physical silver bars and coins, which eventually pushed the silver price up, yet at a slower pace than during the first round.

It seems that the demand for physical silver is only going to grow shortly: Nicky Shiels predicts that retail coin demand could reach a 5 year high in 2022.

So what could make silver an interesting investment?

Of course, it all depends on one’s goals, investment strategy, and risk appetite. But, in general, there are several reasons why silver could be an attractive investment: 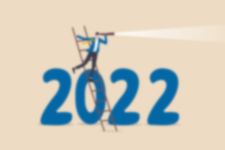 Price and investment outlook for gold, silver, platinum, and palladium in 2022 by Nicky Shiels, Head of Metals Strategy at MKS PAMP GROUP.