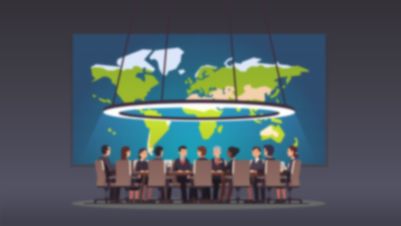 What the ongoing geopolitical tensions between Russia and Ukraine, and China and Taiwan could mean for markets? How could they affect the gold price? Here’s what you need to know.

Over the past year, many physical gold investors have been jittery about some of the ongoing geopolitical tensions, fearing they could spiral up and hit the markets already hurt by Covid and runaway inflation.

More than 700 market professionals, questioned as part of Bloomberg’s Markets Live Global Survey, have cited geopolitical instability among the biggest risks for the global market in 2022.

Here are the outcomes of the survey summarized in the graph:

Two current geopolitical issues have made market professionals particularly worried: rising tensions between Russia and Ukraine and the long-simmering conflict between China and Taiwan.

The biggest worry is that any escalation, in either case, could lead to an invasion and turn into a greater conflict involving more countries.

Let’s see what each of these two “geopolitical hotspots” could mean for the global economy and how it could affect the gold price.

Pressure between China and Taiwan has been building over decades, with reunification lying at the heart of this issue.

Beijing sees self-ruled Taiwan as a breakaway province that should be part of China again. But Taiwan sees itself as an independent country, with its constitution and elected leaders.

Is it getting worse?

In 2021, China appeared to ramp up diplomatic and military pressure on Taiwan, notably by sending military planes into its Air Defense Zone, an area to monitor and control foreign aircraft incursions.

The number of planes reported peaked in October 2021, with over 50 incursions in a single day.

Why does it matter?

Because Taiwan's economy is hugely important, especially now, when there are persistent problems with global supply chains and chip shortage that experts say could last deep into 2023.

The thing is, much of the world’s everyday electronic equipment - from phones to laptops and watches - is powered by computer chips produced in Taiwan.

As we can see from the chart below, a single Taiwanese company, the Taiwan Semiconductor Manufacturing Company or TSMC, has over half of the world's market.

And although TSMC said it will spend as much as $44 billion to increase its manufacturing capacity in 2022, a potential conflict with China could hurt one of the world's most important chip-producing industries and end up severely impacting some of the world’s largest economies.

One of the consequences is that the persisting semiconductor shortage can further fuel already high inflation, which in turn is likely to push the price of gold higher as it has done in the past.

This complex and multi-layered conflict began as an internal Ukrainian crisis in 2013 that spiraled into mass protests and the annexation of Crimea by Russia in 2014.

The low-level fighting between the Ukrainian military and Russian-backed separatist rebels started in April 2014 and has since escalated into what many see as an “outright-if-undeclared” war between Russia and Ukraine.

Is it getting worse?

Tensions between Russia and Ukraine and Russia and the West are now at their highest in years: a recent Russian forces' build-up near the Ukrainian border sparked fears that Moscow could launch an invasion into the neighboring country. NATO chief Jens Stoltenberg has even warned of “a real risk for a new armed conflict in Europe.”

The latest media reports suggest the situation could escalate. The White House said citing U.S. intelligence officials that Russia had already deployed operatives to eastern Ukraine to carry out “acts of sabotage” there and blame them on Ukraine in a “false-flag operation” to create a pretext for a possible invasion.

However, Moscow has strongly denied all the allegations, dismissing them as “total disinformation,” and instead asked for some guarantees for its own security, including a halt to any further NATO expansion to the East. But recent talks between Russia and NATO allies have only left the two sides at an impasse.

“Inflation that was about to peak and decline later this year will be affected by higher energy bills, in a context of tight households’ purchasing power.”

Why does it matter?

Both Washington and Europe have threatened to slap sanctions on Russia if it goes ahead and attacks Ukraine. Nothing is definite for now, but if the sanctions are severe, they could have some serious impact not only on the Russian economy but also on the European Union and the U.S.

Western governments have mentioned they could use two economic tools against Russia (although there has been no final decision on that so far):

“Inflation that was about to peak and decline later this year will be affected by higher energy bills, in a context of tight households’ purchasing power,” says Gilles Moëc, the chief economist of European insurer AXA.

It would “terminate all international transactions, trigger currency volatility, and cause massive capital outflows,” she said.

*SWIFT is a vast messaging network used by over 11,000 banks and other financial institutions to quickly and securely send and receive information, including money transfer instructions.

What these geopolitical tensions could mean for gold?

Gold is often considered a safe-haven asset against geopolitical tensions: border skirmishes, terrorist attacks, or civil wars have often pushed investors to convert their savings into gold and precious metals.

Eventually, greater investor interest can end up impacting the price of gold and even push it up.

Here are some examples of when the gold price was positively correlated with rising geopolitical tensions:

Today, the gold price continues to be influenced by its “traditional” drivers such as the U.S. inflation data and dynamics in the U.S. dollar. But, as history shows, geopolitical tensions can sap investors' appetite for risk, boosting gold’s safe-haven appeal.

And while there’re still more questions than answers when it comes to Russia-Ukraine and China-Taiwan tensions, there are a couple of other ongoing issues that are worth keeping an eye on:

All these events have the potential to upset global economies and markets in the future, so have you added some gold to your portfolio to hedge against geopolitical tensions? 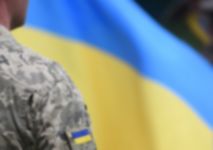 World markets have taken a hit as the Russian invasion of Ukraine spooked investors around the globe. Here’s what you can do right now to protect your investment portfolio and gold savings.

Price and investment outlook for gold, silver, platinum, and palladium for 2023 by Nicky Shiels, Head of Metals Strategy at MKS PAMP GROUP.

2022 was a year of surprises and global transformation. What impact did these economic and political events have on your investments, and what lies ahead? Take a look at our end-of-year digest.