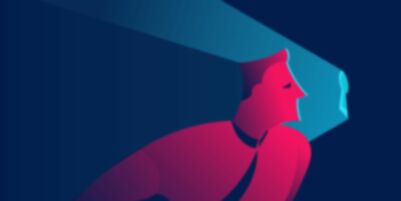 Silver has been in the news quite a bit lately.

First, more than a year after the Reddit-fuelled short squeeze, the silver price dropped below the psychologically important $20 per troy ounce (about 31,1 grams) in September.

In this article, we will explain:

What happened with silver COMEX and LBMA stocks?

So, here’s the deal.

Recently, there has been a record number of withdrawals of physical silver from major trading platforms, such as the LBMA and COMEX.

💡What is the LBMA?

Based in London, the LBMA (London Bullion Market) is the primary global market trading platform for gold and silver.

It has a global client base, including central banks, private investors, mining companies, producers, refiners, etc.

New York-based COMEX is the world’s largest futures and options market for trading metals such as gold, silver, copper, and aluminum. COMEX is the abbreviation for The Commodity Exchange Inc.

This is the lowest amount of silver since July 2016! And, as the chart below shows, the quantity of silver held in LBMA vaults has been dropping over the past year:

Now, almost the same thing happened across the Atlantic. At the end of October 2022, COMEX registered silver vaults dropped below 40 million ounces for the first time since October 2017.

💡What is COMEX registered silver?

A registered silver product is one that is available for delivery to investors and comes with a warrant for physical withdrawal.

The graph below shows how COMEX registered silver stocks have literally been falling off the cliff in recent months:

Naturally, this “mysterious” silver drawdown from LBMA and COMEX vaults has created a lot of buzz:

the Internet is speculating that COMEX registered silver stocks could even fall to 0% this coming spring🤔, with fans talking about the possibility of a new silversqueeze taking place.

💡What happened during the silver squeeze?

There have already been two silver squeeze events:

Retail investors, encouraged by comments on Reddit, piled into the market in an attempt to push the silver price up. The demand was so high that almost $1 billion flowed into silver-backed ETFs in a single day.

This silver squeeze directly targeted COMEX and physical silver with a plan to get 100,000 people to buy 100 ounces of silver each in a single day.

Read our SPOTLIGHT to learn more about the #silversqueeze.

So, the internet is all excited about this silver stock drain-down. But, it's not just the people on Twitter who are thrilled — silver has been a hot topic among experts too.

According to Nicky Shiels, Head of Metals Strategy at MKS PAMP, investors appear to be willing to pay 5 times more for transportation just so that they can get their hands on that coveted silver bar!

So, at this point, one thing is clear: the situation is quite unprecedented, but the question you are probably asking right now is: why is this even happening?

What is the explanation for the decline in silver stocks?

As they say, you can never be completely certain of anything in life, but you can always get a pretty good idea of what's happening by asking top experts.

We’ve spoken to Nicky Shiels and Michael DiRienzo, the Executive Director and Secretary at the Silver Institute.

Based on what they've told us, we’ve outlined two possible explanations for this steady decline in silver inventories:

⭐ Michael DiRienzo: “After several years of recording a surplus, we saw the silver market transition into a deficit in 2021. This year, the market is forecast to see a much larger deficit. Importantly, we expect the silver market to remain in a deficit for the foreseeable future.”

⭐ Nicky Shiels: “The Silver market is currently in a mild fundamental deficit of about 50 million ounces this year. That deficit is expected to grow over the next 5 years to about 100 million ounces, as supply remains rather flat and demand continues to grow.”

⭐ Michael DiRienzo: “[The silver market deficit] tells us that silver demand is pretty strong, across most key segments. In the industrial market, photovoltaics continues to perform well, offsetting weakness in the consumer electronics field. Demand for silver bars and coins has also strengthened this year in all key markets, as retail investors respond to high inflation and the Russia-Ukraine war. Finally, jewelry and silverware demand is set to rise this year, helped in particular by robust Indian buying.”

⭐ Nicky Shiels: “Physical demand for silver has been incredibly strong this year due to a combination of retail demand and industrial demand. Regionally, demand from the U.S., India, and Europe stand out, with imports into India already at record highs.”

So, in a nutshell, the fact that both LBMA and COMEX silver stocks are in decline reflects this deficit in the silver market, which basically means that there's more demand for physical silver than what comes out of mines. Or simply that someone just wanted to get the shiny 1kg pure silver bar VAT-FREE too much.🙂

In short, the jury is split on this one.

On one hand, the silver price may get some support from the growing deficit driven by unprecedented demand for physical metal, meaning that there’s a potential for it to go up:

At the same time, because silver is both a precious and industrial metal, its price can also be affected by what’s happening with base metals, a.k.a iron, steel, copper, nickel, etc.

“In this regard, given concerns about a global recession, silver will be weighed down as some base metal prices come under pressure,” Michael DiRienzo says.

As a whole, a lot will depend on what the Fed is doing with the interest rates, and how this will affect the U.S. dollar and yields.

Just like gold, the silver price is also impacted by the Fed’s monetary policy and the overall macroeconomic situation.

So, on our side, we will be watching the situation closely and keep you posted.

In the meantime, we still have silver bars and coins in stock. So if you were thinking about getting your hands on some silver, now could be a good time!😉 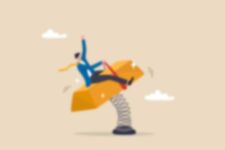 Gold bars and coins are still essential investment products for those who want to get into precious metals. But are they made of pure gold? Here are some easy ways to check if your gold is real.

How to invest in gold? As a precious metals investor, here’s what you need to know about gold, its uses, and its main price drivers when building your gold savings.