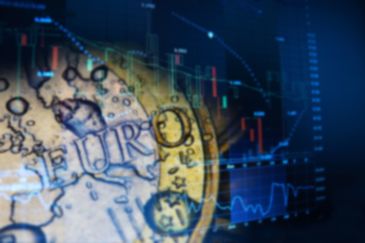 27/01/22: Global markets keep falling, Goldman Sachs raises its forecast for gold in 2022, palladium hits its highest since Sept. 8, bitcoin skids to a six-month low. And more.

Gold fell 1% to $1,829.65 an ounce on Wednesday after hitting its highest since mid-November as the U.S. dollar firmed while investors were awaiting the Fed’s decision on interest rates. Meanwhile, supply concerns sparked by tensions over Ukraine drove an 8% rally in palladium. (Reuters)

Read our SPOTLIGHT to see how the current geopolitical tensions could affect markets and the price of gold.

⚡ The Fed has signaled it’s likely to raise interest rates in March and reaffirmed plans to end its bond purchases in a move to curb runaway inflation. (Reuters)

"With inflation well above 2 percent and a strong labor market, the Committee expects it will soon be appropriate to raise the target range for the federal funds rate," the U.S. central bank's rate-setting Federal Open Market Committee said in a policy statement.

Following other global markets, European markets fell on opening as investors react to the Fed’s still blurry decision for a rate-hike. (CNBC).

The pan-European index Stoxx 600 was down 1% with losses in all sectors but banking. Europe is following Asian markets and US markets in this downward trend created by mounting fears for persistent high-inflation and the Fed’s unclear timeline for its announced rate-hikes.

⭐Goldman Sachs has raised the gold forecast for 2022, pointing to the precious metal’s status as both an inflation-hedging and a defensive asset. (CNBC)

"We estimated that if inflation were to structurally move to 4%, gold could hit $2,500/oz based on the historical gold-inflation relationship,” the report says.

Goldman also said that the decline in the gold price last year was mostly due to strong economic activity and expectations that rising inflation would only be temporary.

Read our SPOTLIGHT about inflation and its impact on the gold price.

More twists and turns: Following the Fed’s announcement, stocks closed lower on Wednesday after another volatile day of trading. The Dow Jones was down 0.4%, the S&P 500 lost 0.2%, while the Nasdaq managed to fall only by 0.02% after suffering severe losses in previous days. (Washington Post)

After the Fed signaled a first rate-hike in March, stocks wiped out their gains. The Dow, which had been up roughly 600 points, ended the session with a 130-point loss after the US central bank revealed its plan to fight soaring inflation.

The oil price has increased to around $89 a barrel, nearing a seven-year-high, supported by tight supply and geopolitical tensions in Europe and the Middle East that could cause further disruptions in the global market. (Reuters)

“Anxiety over potential supply disruptions in the Middle East and Russia is providing bullish fodder for the oil market,” said Stephen Brennock of oil broker PVM.

The world’s largest cryptocurrency was trading down almost 9% at $33,058, its lowest since July 23. "Bitcoin will face headwinds going back up until the macroeconomic conditions change," said Mark Elenowitz, president of Horizon, a firm that services securities exchanges.

Read our SPOTLIGHT to learn why cryptocurrencies are so volatile.

Got recession? Greenlight Capital’s David Einhorn said persistently high inflation might end up pushing the U.S. economy into another recession, regardless of what the Fed will do to combat surging prices. (CNBC)

The famous head fund manager said in an investor letter that his company has already started to hedge against this scenario.

Geopolitics update: NATO is sending ships and fighter jets to Eastern Europe, while the U.S. has said some 8,500 troops are on high alert amid worries that Russia could invade Ukraine. Moscow denounced these actions as Western "hysteria.” (Reuters)

More trouble for Boris Johnson. London’s Metropolitan Police launched the probe into events held in Johnson’s office during the pandemic, further escalating the Partygate Scandal that has left him fighting for his political survival. (Bloomberg)

“I deeply and bitterly regret that that happened and I can only renew my apologies both to her majesty and to the country for misjudgments that were made and for which I take full responsibility,” Johnson said.

The next Covid variant will be more contagious than omicron, but the real question scientists need to answer is whether or not it will be more deadly, WHO says. (CNBC)

About 21 million Covid cases were reported to the WHO over the past week, hitting a new global record for weekly cases from the rapidly spreading omicron variant.

Read our SPOTLIGHT to learn how the omicron variant could affect the global economy.

U.S. government scientists said they have taken an important step on the long road toward making nuclear fusion — the process that powers stars 🌟 — a viable energy source for humankind. (Reuters)

"This is a new regime called a burning plasma," said Alex Zylstra, an experimental physicist at Lawrence Livermore National Laboratory, stressing that this marked a stride toward self-sustaining fusion energy. 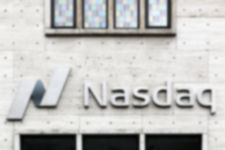 20/01/22: Gold price jumps the most in three months, Nasdaq falls 10% from its November record, tensions escalate between Russia and the West. And more. 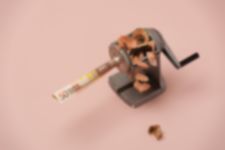 03/02/22: Eurozone inflation accelerates to a new record, palladium price could go up amid fears of supply disruption from Russia, ways to protect yourself from a “portfolio killer.” And more. 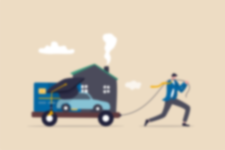