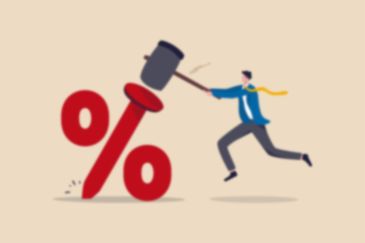 The U.S. Federal Reserve has announced its first interest rate hike since 2018. What could this mean for the gold price? Here’s what you need to know.

The Fed has finally kicked off its fight against runaway inflation by announcing its first interest rate hike since 2018 on March 16.

As a precious metals investor, you might be wondering how rising interest rates will affect the price of gold, and we’re here to give you the answer.

In this article we explain:

But before we get into that, here’s a brief recap of the Fed’s latest rate hike decision (in case you’ve missed the news):

How much will the Fed raise interest rates in 2022?

The Fed has kept interest rates near zero since the start of the COVID-19 pandemic. But with prices for everything from food to cars skyrocketing, the U.S. central bank raised its benchmark rate by a quarter percentage point, bringing it into the 0.25%-0.5% range.

Moreover, Fed Chair Jerome Powell, who has finally admitted that inflation is “much too high”, said the Fed is prepared to raise rates even more aggressively, if necessary, to tamp down rising consumer prices.

“If we conclude that it is appropriate to move more aggressively by raising the federal funds rate by more than 25 basis points at a meeting or meetings, we will do so. And if we determine that we need to tighten beyond common measures of neutral and into a more restrictive stance, we will do that as well,” Powell said.

So what are interest rates, exactly?

In simple terms, interest is a fee paid by a borrower to a lender in exchange for using a financial asset.

When we talk about the Fed’s interest rate (or the European Central Bank’s for that matter), we mean the interest rate at which the nation's central bank lends money to domestic banks, often in the form of short-term loans.

By managing this rate, central banks can affect economic activity:

What do rate hikes mean for you?

In general, rate hikes mean that it might become more expensive for both businesses and consumers to take out a loan, which can, in turn, discourage spending and reduce the supply of money in circulation.

To be exact, for consumers it means 3 things:

And what could interest rate hikes mean for the wider U.S. economy?

Well, some economists even predict that the U.S. economy might fall into a recession this year, partly because the Fed might go too far in raising interest rates to fight inflation.

In Europe, the ECB is keeping interest rates unchanged, at least for now, despite inflation in Europe rising at its fastest pace since 2008.

Not only this restrained spending is supposed to help keep rising consumer goods prices in check, but it will also most likely affect prices for some investment assets, like stocks, cryptocurrency, and precious metals.

What impact will interest rate hikes have on the gold price?

There’s a general view that central bank rate increases are the “natural enemy” of the gold price.

According to this line of argument, higher rates are supposed to diminish the incentive for investors to buy gold as it “pays no interest”, which then in turn should lead to a lower gold price.

This point of view, however, is often criticized by some economists as too simplistic and inconsistent with gold’s historical performance:

they argue that gold has had a special historic relationship with interest rates during past rate hikes.

And the graph below proves exactly this.

This great graph by Visual Capitalist shows how gold, the U.S. dollar, and U.S. stocks performed when interest rates increased between 1994 and 2015:

As you can see, gold usually underperforms U.S. stocks and the dollar the year before rate hikes.

However, the price of gold tends to recover and, in some cases, even reaches new all-time highs in the months following rate hikes.

Will the price of gold go up this time?

As you may have noticed, there was no big gold rally over the past year as the precious metal’s price hovered between $1,700 and $1,900.

There are several reasons for this:

But after Russia’s invasion of Ukraine on February 24 which increased the demand for safe-haven assets, the price of gold headed for a record peak, rising above $2,000 an ounce.

Now, looking at the performance of the gold price after multiple interest rate hikes in the past, it seems like gold’s bull run may well continue in the future. 🐂 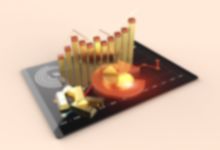 After Russia’s invasion of Ukraine, investors rushed to gold, the world’s oldest safe-haven asset, pushing its price to a new record. Why did this happen? Here’s what you need to know. 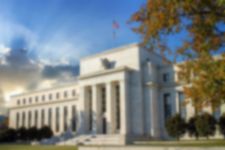 13/08/22: U.S. inflation came out lower than expected in July but price pressures remain strong, the Fed says more rate hikes are needed, over 60 countries are struggling to afford food imports. And more.