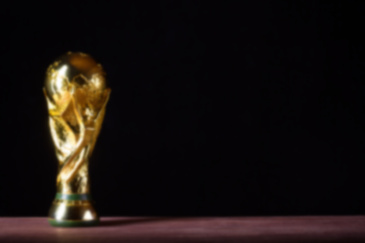 Qatar is hosting the 22nd FIFA World Cup, a tournament featuring one of the most prestigious trophies in the world. What is it made of? Is it 100% pure gold? If you are a true football fan, there are a few things you'll want to know.

Do you love football and gold just like we do?⚽

In fact, we’re so passionate about both that we wanted to see if there’s a link between the two. Turns out, there is!

As you know, the FIFA World Cup is one of the most prestigious sports trophies in the world. But have you ever wondered what it is made of and how much gold it actually contains? We promise you’ll be surprised.

And as a bonus, we'll also reveal an interesting connection between gold and your favorite football player, so stay tuned!😉

A short history of the FIFA World Cup trophy

For starters, let’s look at some key facts about the Fédération Internationale de Football Association (FIFA) World Cup trophy, a.k.a. the World Cup.🏆

As you know, it is the iconic sporting trophy, rewarded for being the absolute best in football, it is awarded once every four years to the best national team in the world. Produced as a successor to the Jules Rimet Trophy, the World Cup is the creation of the Italian sculptor, Silvio Gazzaniga, and the Stabilimento Artistico Bertoni Company, also known as GDE Bertoni.

A predecessor to the current FIFA World Cup trophy was the 1930 Jules Rimet Cup. Designed by sculptor Abel Lafleur and made of gold-plated silver and gemstones, it depicted the ancient Greek goddess of victory, Nike.

In 1966, the Jules Rimet Cup was stolen in England… only to be found by a dog named Pickles.

The trophy went back to the Football Association, which promised to keep it safe, while Pickles became a worldwide sensation!

In 1970, Brazil won the World Cup with a star-studded team that included Pelé, Carlos Alberto, and Rivelino. This achievement earned Brazil the Jules Rimet Trophy on a permanent basis since the first team to win the World Cup thrice kept the trophy permanently.

So, in 1974, the Jules Rimet Cup was replaced by the FIFA World Cup, which remains the world’s most prestigious football trophy.

Here’s how the sculptor himself described it: "The lines spring out from the base, rising in spirals, stretching out to receive the world. From the remarkable dynamic tensions of the compact body of the sculpture rise the figures of two athletes at the stirring moment of victory."

But is the FIFA World Cup trophy solid gold?

Well, since the trophy is hollow and made of 18-carat gold, it isn't solid gold in most respects.

Even so, it still contains a significant amount of the precious metal and is, therefore, extremely valuable. It is estimated that the trophy is now worth around $243,363.

Indeed, if the World Cup trophy were solid gold, its price could go up to a whopping $20 million, and it would weigh around 70 kg, making it nearly impossible to lift up in the air (unless you are a weightlifter 🏋️‍♂️).

💡Read our SPOTLIGHT to learn the difference between 18-carat and 24-carat gold.

Unlike the Jules Rimet trophy, the current version is not handed over to a team. It permanently belongs to FIFA and is safely stored at its Zurich headquarters.

Instead, every winning team gets a gold-plated bronze replica of the cup, referred to as the World Cup Winners’ Trophy.

⭐ And now, as promised, here is a little bonus for all the gold and football fans. ⭐

This year's tournament could be the last chance for two of the world’s best players — Cristiano Ronaldo and Lionel Messi — to lift the World Cup trophy, as they plan to retire from international football before the next contest.

This made us wonder…

How much gold would you need to buy your favorite football players in 2022?

Based on their market value, we did the math during half-time, and here’s what we’ve got:

Obviously, these are rough estimates, but they’re still quite impressive, aren't they?

Now, let’s say that the average age of these football players is around 30 years. How much gold would we have needed to buy them in 1992 for the same price?

Quite clearly, today, you would need much less gold to buy your favorite football players than 30 years ago. This is roughly a 5-fold increase in the price of gold over that period!

So, do you think your favorite national team will end up lifting the FIFA World Cup 2022?

Even though it's still hard to tell who's going to win, one thing is for sure: it's going to be an exciting tournament! 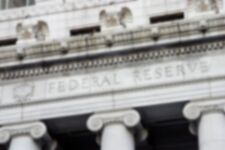 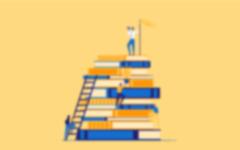 Here are the 4 handy tips you can immediately put into practice when buying physical gold for the first time.

How to invest in gold? As a precious metals investor, here’s what you need to know about gold, its uses, and its main price drivers when building your gold savings.