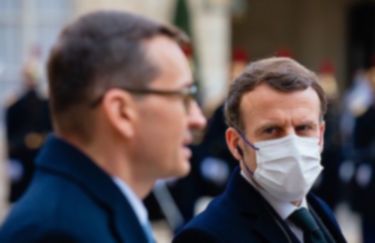 For the market, the big event this week is the release of the minutes of the Fed’s December meeting where it was decided to double the pace of tapering asset purchases. (Bloomberg)

Federal Reserve Bank of Minneapolis President Neel Kashkari, one of the most dovish policymakers, has said he now backs two hikes this year to curb runaway inflation.

“I brought forward two rate increases into 2022 because inflation has been higher and more persistent than I had expected,” Kashkari said Tuesday in an essay published on the Minneapolis Fed’s website.

Read our Year in Review SPOTLIGHT to see how interest rate hikes can affect consumers.

The gold price has gone up to $1,820 an ounce this week but slipped to $1,801.34 ‍an ounce on Thursday, alongside stocks and crypto, after minutes of the Fed’s December meeting signaled quicker interest rate hikes to curb growing inflationary risks.

"Supporting gold is the very high number of COVID cases that feeds into the gold safe-haven appeal. But the factor offering gold some resistance is the strength of the dollar and the likelihood that the dollar could get even stronger because of the Fed's tightening monetary policy,” Ricardo Evangelista, senior analyst at ActivTrades, told Reuters.

Read our SPOTLIGHT to learn what the Omicron Covid variant could mean for gold.

Analysts are bullish for gold in 2022: the gold price can surge 20% as the precious metal reclaims its inflation hedge status, according to Byron Wien, vice chairman of Blackstone's private wealth solutions business, and chief investment strategist Joe Zidle.

The statement was made in Blackstone's annual “Ten Surprises of 2022” post.

“The price of gold rallies by 20% to a new record high. Despite strong growth in the U.S., investors seek the perceived safety and inflation hedge of gold amidst rising prices and volatility. Gold reclaims its title as a haven for newly minted billionaires, even as cryptocurrencies continue to gain market share," Wien and Zidle wrote.

A similar positive outlook for gold came from fund management company Fat Prophets, which said gold could reach new highs of $2,100 an ounce this year. (CNBC)

“We do believe that high momentum in inflation and that lower U.S. dollar is going to drive the gold price higher in 2022,” analyst David Lennox said.

Read our SPOTLIGHT to see how inflation can affect the gold price.

A new step up in shoplifting should be a big worry for retailers — and for Wall Street too. It might be showing that consumers are struggling under the weight of inflation, and are turning to desperate measures to deal with it. (Bloomberg Opinion)

Jack L. Hayes International, Inc., a loss-prevention consultancy, has been surveying retailers on theft for over 30 years. In 2020, the stores reported a serious increase in the instances of theft for need. With the U.S. food prices rising the most in 13 years in November, analysts predict that this will become even more of a problem in 2022.

This comes against the backdrop of a rise in organized retail crime. Apparently, designer clothes, laundry detergent and handbags were among the top targets in 2020.

Chip delivery times on the rise: the lead times (the gap between when a semiconductor is ordered and when it is delivered) increased by six days to about 25.8 weeks last month, according to research by Susquehanna Financial Group, marking the longest wait time since the company began tracking the data in 2017. (Bloomberg)

As a result, companies from Apple Inc. to Ford Motor Co. are losing billions of dollars in revenue because of the insufficient supply of semiconductors to meet demand for their products. The struggle with getting the components is also pushing up costs, the companies have said.

Read our SPOTLIGHT to learn more about how supply chain issues can affect the economy.

Omicron update: Hong Kong banned flights from the U.S., U.K. and six other countries as the city tries to curb the spread of the omicron variant. The U.S. issued a warning against travel to Singapore, while Germany’s Health Minister warned that further curbs will be needed. (Bloomberg)

Meanwhile, French President Emmanuel Macron, who hinted at seeking re-election in April, said he wanted to “piss off” the unvaccinated.

“We will continue to do this, to the end. This is the strategy,” Macron said in an interview with Le Parisien. He added that meant “limiting as much as possible their access to activities in social life.”

The comments sparked anger among French opposition politicians, and led to Parliament suspending a debate on new virus curbs.

2021 ranks as the 5th hottest year, according to records maintained by the European Union's Copernicus Climate Change Service. (Bloomberg)

The finding comes from data analyzed by Zeke Hausfather, a climate scientist who posted his calculations on Twitter.

A gold ring, etched with a red squirrel and made at some point between 1500 and 1700, was discovered by a metal detectorist in Cambridgeshire, England. (BBC)

According to county finds liaison officer Helen Fowler, the item has been declared treasure and probably belonged to someone of “high status.” 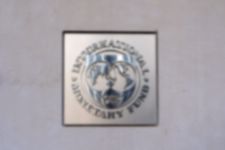 21/04/2022: The IMF cuts its global economic growth forecast, UN says the war in Ukraine could create a global food crisis “beyond anything seen since World War II,” Macron and Le Pen fight for the presidency. And more. 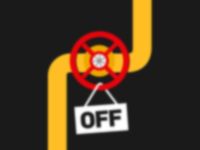 28/4/22: Russia halts gas supplies to Poland and Bulgaria, the Fed is set for more aggressive rate hikes to tame inflation, Musk seals the deal to buy Twitter. And more. 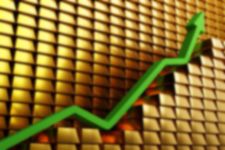 17/02/22: The European Central Bank could raise interest rates in 2022, the gold price goes up as tensions over Ukraine resurface, Switzerland lifts most Covid-19 restrictions. And more.