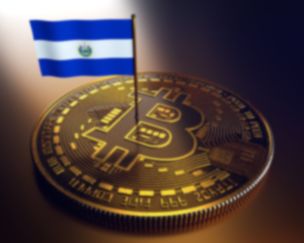 8/9/21: El Salvador has become the first country to accept Bitcoin as legal tender, the Fed is upset by the data showing the smallest job gain in months, Soros criticizes BlackRock. And more.

Gold retreated more than 1% on Tuesday and could be on course for bigger losses against a stronger dollar and higher yields.

This comes after a month of price gains for gold and silver, which could make the current price drop a good entry point for those looking to buy gold and silver.

It’s a currency now! El Salvador has adopted Bitcoin as legal tender to circulate alongside the dollar. The government will now accept it for tax payments.

The Central American nation bought 400 bitcoins ahead of the roll-out and plans to buy “a lot more,” the government officials said.

If the experiment proves to be a success, other countries could follow El Salvador’s lead.

Bitcoin crashed below $43,000 — the lowest level in nearly a month — the exact same day that El Salvador made it a national currency.

And a wave of selling pushed down the prices of nearly every single coin. Ether, Binance coin, and Cardano's ADA plunged between 13% and 18% apiece.

El Salvador’s President Nayib Bukele announced the country took advantage of the flash crash to buy additional 150 bitcoins. At the time of writing, El Salvador had a total of 550 coins, worth around $25 million.

The smallest job gain in 7 months: last week’s disappointing U.S. jobs report was the latest in a series of recent data suggesting that global economic growth could be slowing down.

While the Federal Reserve has been looking for continued improvement in the job market, the latest report did not deliver on its expectations: it showed that employers added just 235,000 jobs in August — far fewer than initially projected.

President Joe Biden blamed it on the pandemic: “There’s no question that the Delta variant is why today’s job report isn’t stronger. I know people were looking, and I was hoping, for a higher number,” he said.

As the August jobs report came in weaker than expected, the Fed will need to see additional job gains before starting to slow bond buying.

“This report puts September off the table. A tapering later this year is still the base case, and the data over the next few months will be important in determining when that is announced and the pace of the tapering,” said Julia Coronado, a former Fed economist and president of MacroPolicy Perspectives.

Treading a difficult path: Goldman Sachs Group Inc. economists revised their forecast for the U.S. economic growth in 2021, pointing to a “harder path” lying ahead of U.S. consumers.

Overall economic expansion in 2021 is now seen at 5.7%, compared with an initial expectation of 6% published at the end of August, economist Ronnie Walker wrote in a report to clients on Monday.

“The hurdle for strong consumption growth going forward appears much higher: the Delta variant is already weighing on Q3 growth, and fading fiscal stimulus and a slower service- sector recovery will both be headwinds in the medium term,” he said.

How much of your portfolio should be put in gold? Veteran investor Mark Mobius says 10%. Because paper money will lose its value following the unprecedented fiscal stimulus rolled out to fight the Covid-19 pandemic.

“10% should be put into physical gold. It is going to be very, very good to have physical gold that you can access immediately without the danger of the government confiscating all the gold,” Mobius, a long-time fan of the yellow metal, said in an interview.

We’ll develop more on the subject in one of our upcoming Spotlight newsletters. If you don’t want to miss it, don’t forget to subscribe at the bottom of this page!

Soros slams BlackRock: The world’s largest asset manager has rolled out a major initiative in China. Last month, it launched a set of mutual funds and other investment projects for Chinese consumers, becoming the first foreign-owned company allowed to do so. But George Soros sees it as a risk to clients’ money and U.S. security interests.

“Pouring billions of dollars into China now is a tragic mistake. It is likely to lose money for BlackRock’s clients and, more important, will damage the national security interests of the U.S. and other democracies,” Soros wrote in an op-ed.

For millions of people in America, the Labor Day weekend will mark the end of federally funded emergency unemployment benefits. And some of them are still waiting for money they are owed.

“It really just pushes people into desperation,” said Wingo Smith, a regional policy analyst at the SPLC, which has sued Georgia on behalf of residents waiting for benefits.

According to U.S. Treasury, the government has spent over $830 billion on unemployment insurance from the start of the Covid-19 crisis.

Afghanistan update: Doha expects to have Kabul’s airport “operational very soon” and has called on the Taliban to help facilitate the evacuation of Afghans.

Reopening Kabul’s airport to humanitarian and commercial flights is crucial to both the international community, which is seeking to continue evacuations of nationals, as well as to the Taliban, who want to get international legitimacy.

Don’t look him in the eye: did you know that making eye contact with a robot can be quite an unsettling experience?

The team of scientists asked 40 volunteers to play a video game of "chicken": each player had to decide whether to allow a car to drive straight into another car or to avoid a collision - against a humanoid robot sitting opposite them.

"Our results show that, actually, the human brain processes the robot gaze as a social signal, and that signal has an impact on the way we're making decisions, on the strategies we deploy in the game and also on our responses. The mutual gaze of the robot affected decisions by delaying them, so humans were much slower in making the decisions in the game,” professor Agnieszka Wykowska said.

These findings might determine where and how humanoid robots are deployed in the future 🤖 . 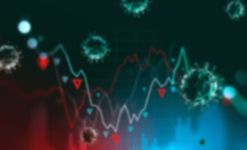 15/09/21: Fresh U.S. inflation data is out lower than expected, Swedish bank governor says Bitcoin is like trading stamps, Covid is not going anywhere soon. And more. 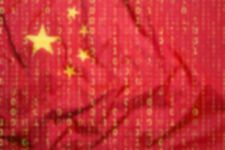