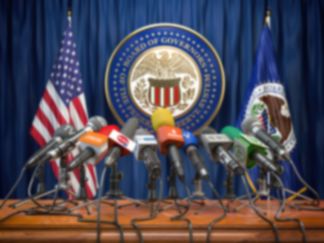 The gold price regained some of its losses, going up 0.30% to $1,774 on Thursday as Fed chair Jerome Powell talked about inflation uncertainty and said it was premature to raise interest rates. (Reuters)

The Fed said it would start cutting its monthly bond purchases in November with plans to end them in 2022, while sticking to its mantra of “transitory” inflation.

"Inflation has come in higher than expected. Bottlenecks have been more persistent and are on track to persist well into next year. I don't think we are behind the curve. The policy is well-positioned to address the range of plausible outcomes. It will be premature to raise rates today. We want to see the labor market heal more," Powell said at a conference following the Fed's interest rate announcement.

Powell said he expected inflation to keep rising amid persisting supply issues, and then start to pull back in mid-2022.

Where the gold price could go?

"In the short-term, gold could remain under pressure because a lot of central banks will be tilted toward normalizing monetary policy, gradually tapering their asset purchases, especially given higher inflation," Hitesh Jain, lead analyst at Mumbai-based Yes Securities, said.

“If markets were behind the inflation curve earlier in the summer — and I think they were — it’s fair to question whether they have come too far too fast now […] A dramatic shift in inflation sentiment has caused turbulence in real yields and breakevens, threatening losses for leveraged investors,” Bloomberg’s John Authers writes.

UK house prices have hit fresh record highs, rising by 0.7% in October, up from 0.2% in September, and signaling growing inflation. (The Guardian)

“Most of the folks at CoinList will bet that we’re at $100,000 by the end of the year. It’s getting pretty tight so I’m not sure that we’re going to make it there, but that’s what we’re predicting toward the start of the year,” he said.

Oh, and BY THE WAY… Elon Musk is now three times richer than Warren Buffett. (Bloomberg)

Musk’s net worth rose by $24 billion to $335.1 billion on Monday, widening his lead over Jeff Bezos to $143 billion, according to the Bloomberg Billionaires Index. Buffett, meanwhile, ranks 10th with a net worth of $104.1 billion.

“What took Buffett an entire career to create, the market has bestowed on Elon Musk’s Tesla in just 12 months,” Bloomberg’s John Authers writes.

Yet more about inflation. It seems that it might be out of the Fed’s control, analysts warn. (Bloomberg Opinion)

“For years, the Fed has seemed like our most competent policy maker. But the reforms that have to take place to ease the current supply-driven inflation are out of its hands,” Ramesh Ponnuru, a visiting fellow at the American Enterprise Institute, writes.

China urges local authorities to stock up on food ahead of winter. Some say the spread of the Covid outbreak, freezing weather, and rising tensions with Taiwan are to blame. (Bloomberg)

Meanwhile, vegetable prices have soared 28% in China over the past weeks, costing even more than meat in some cases, and adding to consumers' worries about power shortages and strict anti-Covid measures.

World leaders wrapped up two days of COP-26 climate talks with pledges on protecting forests and curbing methane emissions, with Biden bashing out on Russia and China for skipping the summit. (Bloomberg)

One of the highlights was over 100 countries signing a methane plan, pledging to collectively lower global methane emissions 30% below 2020 levels by 2030.

🦑 Squid scandal! A guy lost his entire life savings of $28,000 on a Squid Game cryptocurrency in an apparent fraud that saw scammers stealing over $2 million from investors. (CNBC)

“My rush to buy this token is for a single idea that went into my brain that ‘Squid Game’ is very, very popular now, and its token must be popular now. It’s a tragedy. I don’t know how to recover my loss,” said Bernard, who lives in Shanghai.

A bonus for Tarantino and NFT fans: the Oscar-winning filmmaker’s auctioning off seven never-before-seen “Pulp Fiction” scenes as NFTs, joining other celebrities to cash in on the red-hot market. (Bloomberg)

Each NFT will contain “secret” content that’s only known to its owner, including the uncut handwritten scripts of the movie. 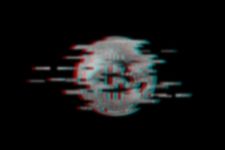 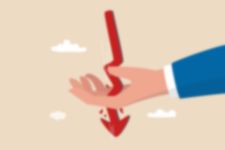