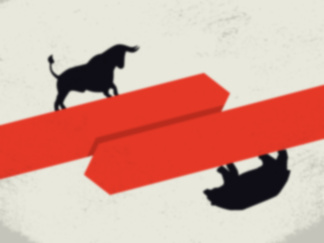 Correction ahead: signals of a settling bearish trend could announce a coming 10% to 15% correction for stocks.

For the last few months, signals for a bearish trend have been happening on the market, only enhanced by COVID-19 Delta variant fears and seasonal difficulties for stocks.

According to Julian Emanuel from BTIG, the market now appears to be doing something that happens ahead of corrections: the S&P 500, Nasdaq, and CBOE Volatility Index are rising together.

This event often comes as a precursor to market pullbacks: “Whenever we’ve seen that going back to the beginning of 2018, we were essentially weeks away from a correction,” the firm’s chief equity and derivatives strategist told CNBC. “The most recent one being last September. We think history could in fact repeat itself.”

Ethereum to the moon? With new upgrades and DeFi usages, the cryptocurrency is on the path to outpace bitcoin.

With the blockchain’s use in DeFi (Decentralized Finance) applications, Ethereum prices should find some support going forward. While the upcoming migration to the new Ethereum 2.0 will reduce the cryptocurrency’s mining energy use and provide a much lower environmental impact compared with bitcoin’s gigantic carbon footprint. Thanks to this, and other important technical upgrades, Ethereum is likely to continue to outperform bitcoin, says Pantera Capital CEO Dan Morehead.

Ether, the world's second-largest cryptocurrency, has seen its price more than double in 2021, compared with bitcoin's rise of 46%.

Buy now, pay later: Twitter founder’s Square sealed a deal on the $29 billion purchase of Afterpay, after only 11 weeks. That’s got to be a Guinness book record.

11 weeks. That’s all it took for Square to purchase Australian “buy now, pay later” fintech startup Afterpay for a mere $29 billion in stock. This is only the biggest acquisition to date for Dorsey’s firm.

While those gigantic international deals usually drag armies of advisers in months of battles on negotiations and business technicalities, there were good reasons for such haste.

With banks now getting into this booming sector, shares have been reacting aggressively to announcements such as Apple’s coordination with Goldman Sachs Group Inc. With volatility at play, brevity was key.

Is that Wall street knocking on your door? Pension funds, investment firms and Wall Street banks are buying family homes in Europe and the United States at a rapid pace as prices keep rising.

With office parks and shopping malls still mostly empty due to the pandemic, Wall Street is rapidly getting in on the growing demand for suburban houses.

After staying clear from the housing market since its 2008 crash, investors have bought nearly a quarter of all homes sold in the United States this year, according to John Burns Real Estate Consulting.

The trend of maturing millenials with a propensity to rent seeking increasing space in suburban homes “started some years ago and has only been amplified by the more flexible approach many employers are taking to work from home," said Karen Horstmann, head of acquisitions at Allianz Real Estate in the United States.

Parrilla, who correctly predicted in 2016 that gold would reach record highs within the next five years, maintains his analysis that gold is ready to reach $3,000 or even $5,000 an ounce in the next three to five years.

According to him, the risks created by central banks unwinding massive stimulus are under-appreciated by investors. Maintaining interest rates artificially low has created bubbles in various assets that will make it very difficult for central banks to get back to normal without triggering their collapse.

“The tapering process will be glacial in terms of speed,” said the Madrid-based Parrilla, “I think the drivers for gold strength, not only remain but actually have been strengthened.”

Hanging by a comfy thread: economists fear that Europe’s recovery could be derailed by a simple issue, reluctance to go outside.

With European consumers proving more reluctant to spend money this summer, compared to last year, the economic recovery in the region could face a slowdown in its recovery from COVID-19, experts told CNBC.

“The evidence from the U.K. suggests that the surge in cases is hampering economic activity as people refrain from taking full advantage of reopening,” economists at Pantheon Macroeconomics said in a note in July.

A survey published in July by Ipsos Moris showed that 40% of U.K. consumers were not yet comfortable taking vacations abroad or going to large public gatherings such as sports or music events.

”You don’t get it, do you?”: investors are misunderstanding China’s crackdown on its tech and education sector as anti-capitalist, billionaire Ray Dalio says.

“As a result, they’ve missed out on what’s going on in China and probably will continue to miss out,” added Dalio, the founder of the world’s largest hedge fund Bridgewater Associates.

According to analysts, the crackdown on these key sectors is actually an attempt to reduce inequality in the country. Dalio adds that investors have to understand that Chinese regulators are just “figuring out appropriate regulations” in their rapidly developing capitalist market.

”Don’t misinterpret these wiggles as changes in trends, and don’t expect this Chinese state-run capitalism to be exactly like Western capitalism”, he added.

Will Black Friday go black? With another ongoing shipping crisis strikes and an excessively strained supply chain, back to school and Black Friday shopping are at risk of delays and rising prices.

Key global transport hubs in Western Europe and China’s Henan province are still grappling with the aftermath of devastating floods which have damaged railways used for the transportation of industrial and commercial goods with autos, technology, and electronics being some of the worst-hit industries.

“Consumer electronics, dorm room furniture, clothing, and appliances will all continue to be in short supply as back-to-school shopping starts up, and will trickle into the peak holiday shopping season,” said Pawan Joshi, executive vice president of supply chain software firm E2open.

“Black Friday and the holiday season, for which products (and raw materials) are being staged, will face the brunt of the impact”, he added.

Want to visit Japan in your underwear? With the pandemic now in its 18th month and international flights a distant memory, A Japanese company is turning to virtual tourism.

For $18, armchair travelers can take a virtual trip through the narrow streets of Asakusa, one of six remaining geisha districts in Tokyo, through a one-hour interactive tour organized by tour company Tokyo Localized.

Dai Miyamoto, the company’s founder and tour guide, will shop and mail items to online tourists who then repay him via credit card. 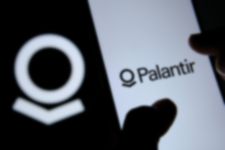 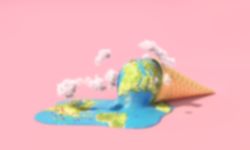 11/08/21: Rising uncertainty over COVID-19 is likely to support gold prices, Mongolia buys 11 tons of the yellow metal to boost the economy, U.N. issues an alarming report on climate change. And more.