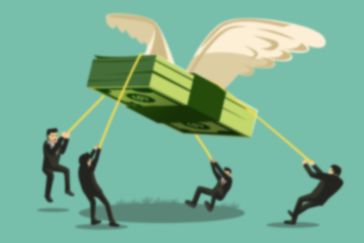 It’s getting worse: June’s core consumer prices surged 0.9% instead of the expected 0.5% estimate, marking the biggest monthly increase since August 2008.

Not counting in food and energy prices, the yearly core CPI rose 4.5%, the sharpest move for that measure since September 1991 and well above the 3.8% estimate.

Gold prices stay firm above $1,800, supported by growing concerns over the spread of the Delta variant, a weaker dollar and fresh (much) higher-than-expected inflation.

And inflation might stay here for years… A survey found that economic rebound and persisting pandemic disruptions fuel inflation forecasts above 2% through 2023.

Economists polled by The Wall Street Journal presented their forecasts of how high inflation could go and for how long.

Want to pay zero tax on your crypto gains? Russian expatriate Katie Ananina has spent the last three years helping people to get a so-called Plan B passport.

As the name suggests, a Plan B Passport offers crypto-rich clients a path to get a second passport in one of seven (mostly tropical🌴) tax-haven states that are exempt from taxes on crypto holdings.

But you might not get much profit from those crypto holdings: according to Guggenheim Investments chairman Bitcoin is in the midst of a crash that may take it to as low as $10,000.

“When we look at the history of crypto and we look at where we are, I mean, I really do believe this is probably a crash, and you know a crash would mean we’d be down 70-80% which, let’s just say that’s between 10 and 15 thousand,” Scott Minerd told CNBC.

“The unthinkable”: What happens if the U.S. defaults on its debt? According to Lyn Alden, although it’s a “low probability” event, investors still have to watch out for tail risks.

Earlier in June, Treasury Secretary Janet Yellen said that “Defaulting on the national debt should be regarded as unthinkable…failing to increase the debt ceiling would have absolutely catastrophic economic consequences. It would precipitate a financial crisis.”

To that, Lyn Alden, founder of Lyn Alden Investment Strategy, added: “However, some of the things, in let’s say, the Capitol of the U.S. earlier this year were previously thought unthinkable and they still happened so investors have to watch out for these kind of tail risks that could happen.”

European Central Bank shifts inflation target upwards to 2%. The new wording is a significant shift from the previous “below, but close to, 2% over the medium term.”

At the same time, the bank denied “moving the goalposts as prices begin to rise” and said the new strategy would simply be easier to communicate. Sure.

Remember how the UK banned the world’s largest crypto exchange Binance from doing business within the UK borders?

Bloomberg gives an interesting insight into the world of what it called “the biggest, craziest thing in the big, crazy realm of cryptocurrencies.”

"We’re here to make space more accessible to all. Welcome to the dawn of a new space age," Branson, 70, said shortly after hugging his grandchildren following the flight.

Repurposed communications satellites used for TV broadcasting could help save humanity from an asteroid impact, a study by the European aerospace company Airbus finds.

"These telecommunication platforms, in addition to being large and heavy, are also built with quite a high frequency. That means we can expect them to be available readily in the integration facilities [of satellite manufacturers]. That's something we can take for granted,” Albert Falke, who led the FastKD study at Airbus, said. 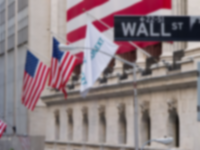 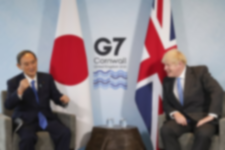 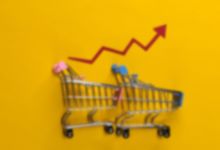