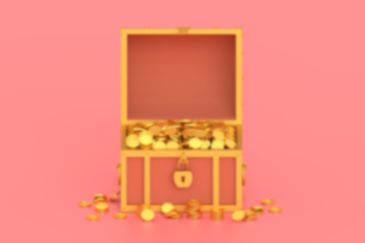 A gold hunt story that captivated thousands and inspired a decade-long obsession with the famous Forrest Fenn treasure.

Right now, it’s time to take a break from the news and all the noise…

And get ready for one of the greatest gold hunt stories of the 21st century!

Just like most treasure hunt stories, this one involves a hidden treasure chest, a mystery riddle, and thousands of people obsessed with gold.

Do you already want to hear the rest?

The Thrill of the Chase

It all started in 2010, when Forrest Fenn, an 80-year-old art dealer, hid a treasure chest in the Rocky Mountains north of Santa Fe, the capital of New Mexico.

The 10x10-inch chest, worth millions, was filled with jewelry, rare gems, ancient artifacts and, of course, gold.

Fenn said he had always wanted to lure people into the wilderness and give them the opportunity to embark on an old-fashioned adventure in search of riches.

That’s why he wrote a 24-line poem containing nine clues. He said that only the person who can decipher the clues will be able to find the treasure chest.

The poem was included in his self-published memoir, "The Thrill of the Chase."

The chase for Fenn’s treasure didn’t really take off until 2013, when it was featured in an episode of the Today Show, a popular American talk show.

And that’s when all the chaos started, spurring an almost cult-like following of the “Golden Fenn”.

People created Fenn-related blogs and fan pages, and even launched an annual festival, known as Fennboree, a sort of Burning Man for gold searchers held in the mountains outside Santa Fe.

But the craziness didn’t end just there.

Some people went as far as quitting their jobs to fully dedicate themselves to the search and sold everything they owned to find the gold they wanted so much.

Some of them died searching for it, leading officials to beg Fenn, in vain, to call the hunt off.

Although the exact number is unknown, about 350,000 treasure hunters competed in the hopes of winning… and becoming incredibly wealthy.

But only one succeeded.

The lucky searcher was Jack Stuef, a 32-year-old medical student, who discovered it in an undisclosed location in Wyoming.

A chest containing gold nuggets and coins, jewels, Chinese and Native American artifacts, and other goodies, had an estimated value of more than $2 million.

The decade-long obsession was finally over.

"We have people who've been working on this puzzle for 8, 9 years, and now the puzzle has been solved, and they don't know the solution. That was terrible for a lot of people,” Dal Neitzel, a documentary filmmaker, said.

Probably that’s why Stuef got so many threats that he had to move to a new home “with guards and multiple levels of security.”

And what did he do with the treasure, you may ask?

Apparently, Stuef sold it to pay off his medical school loans, or at least that’s what he said: “I’m a millennial and have student loans to pay off, so it wouldn’t be prudent to continue to own the Fenn Treasure.”

A very practical use indeed.🙂

Why did Forrest Fenn decide to hide his gold?

As Fenn said himself, he did it to give people some hope.

Diagnosed with cancer in 1988, Fenn said he filled the chest with treasure and planned to take it to the mountains and die beside it. But later he got better and kept the chest hidden in his home for 20 years.

And when the Great Recession hit in 2008, he decided to bury the treasure chest to give hope to people who might have lost their jobs and encourage them to get outside.

“We were just heading into a recession. Despair was written all over the newspapers. So I did it to give those people hope,” Fenn wrote.

What can you learn from the Forrest Fenn story, then?

If you want to buy gold but don’t know where to start, here are the 4 handy tips you can immediately put into practice when buying physical gold for the first time.

What is the story behind the Golden Fleece myth? And how is it related to gold mining? Come dive into this ancient story and learn one thing you probably didn't know about gold. 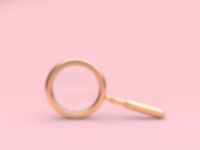 More than 150 years ago, one man found a gold nugget in a faraway land triggering the legendary California Gold Rush that changed the world forever.

A thrilling gold hunt story involving a diamond-filled Buddha, a stash of gold bars, a Japanese soldier, a locksmith, and a Philippine dictator.