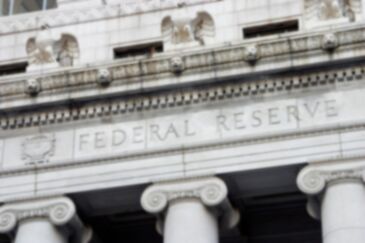 🏦 The Fed signals a slower pace of rate hikes. Most U.S. Federal Reserve officials think that the central bank should soon reduce the pace of interest rate increases to prevent overtightening, indicating that they were leaning toward a 0,5% hike in December. (Bloomberg)

“A substantial majority of participants judged that a slowing in the pace of increase would likely soon be appropriate,” according to minutes from their Nov. 1-2 meeting.

💡Read our SPOTLIGHT to learn what interest rate hikes mean for consumers, and how they can affect the gold price.

This year, gold's traditional role as a hedge against inflation has been challenged by rising interest rates, but intensifying recessionary and geopolitical risks and record-high purchases by central banks may give a boost to the gold price next year, analysts suggest.

🐦 Tensions brewing. Elon Musk complained about app store fees, which are between 15% and 30% of digital sales, and could eat into the desperately-needed revenue Twitter makes from subscriptions. This creates a risk that Twitter could violate Apple or Google’s app rules in a way that it may even get its software booted from app stores. (CNBC)

“App store fees are obviously too high due to the iOS/Android duopoly. It is a hidden 30% tax on the Internet,” Musk said.

Elon Musk wants to significantly increase the amount of money Twitter makes through subscriptions while opening up the site to more “free speech.”

Benchmark futures fell as much as 4.5%. Ministers are trying to reach an agreement on a package that limits intraday price volatility and strengthens a mechanism for joint gas purchases.

But this doesn’t mean the risks have gone away. Any disruption to imports could tighten the market ahead of the peak winter demand season.

“We are going with a loose approach where different industry players will contribute as they wish,” he said, adding that he’ll soon publish a blog post providing more detail about the fund.

📸 Image of the week

🛑 No soft landing. Due to the Fed's aggressive actions, the central bank appears to be winning the fight against inflation, but at the cost of the economy, Ronald-Peter Stoferle, the managing partner at Incrementum AG, says. (Kitco)

"A recession is now basically our base case. I just don't see a soft landing happening. The last soft landing that we saw, they made a movie about it called 'Sully,'" said Stoferle.

🇨🇳 China’s Covid cases are at a record high. The country reported 29,754 new cases on Wednesday, more than the 28,973 infections recorded in mid-April during the two-month lockdown in Shanghai that left residents struggling to access food and medicine. (Bloomberg)

The recent surge comes at a critical moment for Chinese leaders, who must decide whether to tolerate some spread or impose strict Covid Zero curbs to reduce the outbreak at the expense of the economy.

The tournament could be the last chance for two of the world’s best players - Cristiano Ronaldo and Lionel Messi - to lift the World Cup trophy, as they plan to retire from international football before the next contest.

📚 An Argentine writer releases a book of weird World Cup stories. A man jumped into a river full of crocodiles to get tickets for 2010's World Cup, a Russian couple broke up after arguing over who was the better player, Lionel Messi or Cristiano Ronaldo, and an Uruguay player returned to the field just after suffering a heart attack. (Reuters)

An Argentine writer, Luciano Wernicke, has compiled these quite unusual facts in the latest edition of his book "Incredible World Cup Stories," published in 20 languages ahead of the Qatar World Cup opening match on Sunday. 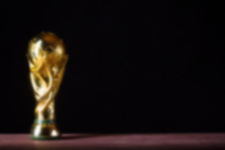 Qatar is hosting the 22nd FIFA World Cup, a tournament featuring one of the most prestigious trophies in the world. What is it made of? Is it 100% pure gold? If you are a true football fan, there are a few things you'll want to know. 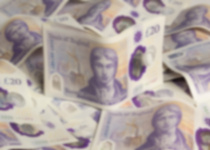