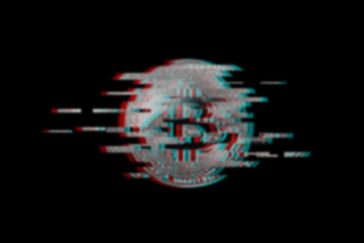 The Fed concluded its last meeting of the year on Wednesday, announcing it will accelerate the taper of its asset-purchase program. The central bank also indicated it sees as many as three rate hikes in 2022. The move comes as a response to rising inflation. (CNBC)

“Supply and demand imbalances related to the pandemic and the reopening of the economy have continued to contribute to elevated levels of inflation,” the post-meeting statement said.

In reaction to the meeting and decision to end the pandemic-era stimulus measures, the U.S. dollar weakened, pushing the gold price up 0.40% to $1,786. (Reuters)

Markets have been watching the Fed closely to see whether it accelerates tapering and brings forward its plans for interest rate hikes.

In its new economic projections, the Fed predicts inflation running at 2.6% next year, compared with the 2.2% projected as of September.

Rising inflationary pressures usually boost gold's appeal as some investors see it as a hedge against higher inflation.

The fresh U.S. inflation data is out: in November, consumer inflation rose at the fastest pace in nearly 40 years! The consumer price index climbed as much as 6.8%, coming in hotter than expected. (CNBC)

The data comes after several U.S. top financial officials, including Fed Chair Jerome Powell, admitted that inflation can no longer be seen as “transitory.”

Fed officials said the inflation jump was linked to factors associated with the pandemic, strong consumer demand for goods, and supply chain disruptions.

Still, these price increases have been stronger and more persistent than policymakers had expected.

“There’s no question no matter how you look at it, even if you take out the extremes caused by the pandemic, it’s still very high inflation. This is still supply chain disruption, semiconductor-related inflation,” said Randy Frederick, managing director of trading and derivatives at Charles Schwab.

The strong inflation narrative that’s been building all year has pushed investors from all age groups to seek the safe haven of precious metals, with over 50% saying they’d bought gold, silver, or paper gold, along with digital currencies. (Bloomberg)

The chart below shows that even the youngest group of investors sought protection from inflation in their asset selections, while also speculating on crypto.

Covid update: “Omicron is spreading at a rate we have not seen with any previous variant,” WHO Director-General Tedros Adhanom Ghebreyesus said, adding that 77 countries have now reported cases of omicron. (CNBC)

Faced by the worrying prospect of new lockdowns and closed borders, some investors have reacted to omicron by selling shares in travel and tourism companies. As for gold, some analysts suggest the gold price could move up if worries about Omicron persisted.

Elon Musk said in a series of tweets that Tesla will accept payment in Dogecoin for some merchandise. Dogecoin jumped 33% to $0.20 after the tweet, later dropping to $0.18 after the initial spike. (Bloomberg)

“Tesla will make some merch buyable with Doge & see how it goes,” Musk Tweeted.

Crypto glitch. Prices of cryptocurrencies listed on Coinbase and CoinMarketCap.com went haywire for a brief moment on Tuesday, with some digital coins showing astronomical gains that left many users confused. (Bloomberg)

Both platforms later said that the issue was resolved, with Coinbase, the biggest U.S. crypto exchange, adding that trading wasn’t impacted. But neither company explained what exactly went wrong.

“We haven’t found any evidence yet to suggest that today’s glitch was caused by an external party,” CoinMarketCap.com said in a statement, as many Twitter users went on to speculate that this might have been a hack attack.

The Fed faces a challenging question: how to respond to inflation that is proving to be way higher than expected? Well, if the U.S. central bank stays passive and takes no action on interest rate hikes, it risks repeating the Great Inflation of the 1970s. (Bloomberg Opinion)

“Inflation soared into the double digits by the end of the 1970s. Only by subjecting the U.S. to a brutal recession with double-digit unemployment was the Fed ultimately able to bring prices back under control. The risk of this same kind of inflationary psychology is evident today,” Bloomberg’s Narayana Kocherlakota writes in an opinion article.

⚠️Environmental alert! If Wall Street was a country, it would rank as the world’s fifth-largest emitter of greenhouse gases, a study carried out by the Sierra Club and the Center for American Progress. (Bloomberg)

According to the study, 8 of the biggest U.S. banks and 10 of its largest asset managing firms together financed around 2 billion tons of carbon dioxide emissions, based on year-end disclosures from 2020. For comparison, this is about 1% less than Russia’s emissions.

What could be the financial consequences of such atmospheric destruction? The report’s authors said it could trigger a financial crisis worse than that of 2008 and warned the Biden administration to take immediate action to reduce the financial sector’s role in global warming.

UK watchdog bans crypto ads for “irresponsibly taking advantage of consumers’ inexperience and for failing to illustrate the risk of the investment.” (CNBC)

It's happening. Congress has finally voted for a legislation to raise the U.S. debt limit by $2.5 trillion. The bill has been sent for signature to President Biden. (Bloomberg)

The current U.S. federal debt stands at $28.9 trillion, and Treasury Secretary Janet Yellen has earlier warned that the government was facing default if it failed to act on the matter before December 15.

Archaeologists exploring two Bronze Age tombs in Cyprus discovered a treasure trove from across the ancient world, including gold jewelry similar to pieces worn by Queen Nefertiti of Egypt. (The Smithsonian Magazine)

The 500 or so artifacts discovered at the excavation site date back to between roughly 1500 and 1350 B.C.E. 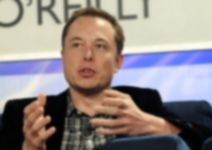 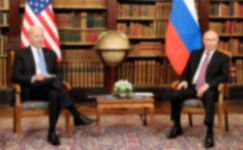 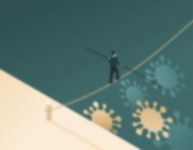