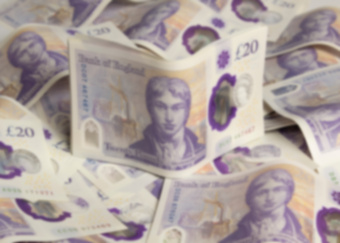 ⭐Gold pulls back after reaching a 3-month peak. The gold price fell 0.4% to $1,766.03 on Thursday, pressured by a strong U.S. dollar, as better-than-expected U.S. retail sales data dampened hopes of a smaller rate hike.

The gold price hit a three-month peak on Tuesday on fears of an escalation of the Ukraine crisis, after media reports said two people were killed by a Russian missile strike in Poland.

💡Will gold be a good investment in 2023? Read our SPOTLIGHT to find out.

“In October 2022, households are paying, on average, 88.9% more for their electricity, gas, and other fuels than they were paying a year ago,” the Office of National Statistics said.

Earlier this month, the Bank of England raised interest rates by 75 basis points in an effort to contain rising inflation.

💡Read our SPOTLIGHT to learn why inflation in Europe is rising - and what you can do to protect yourself.

🇪🇺 European stocks down. In anticipation of U.K. budget news and the path of central-bank policy, European stocks gave up early gains to trade lower on Thursday. (Bloomberg)

The Stoxx 600 Index was down 0.3% yesterday after snapping its longest winning streak in a month. The biggest decliners were mining and telecom stocks, while the biggest gainers were food and beverage.

Like FTX, which filed for bankruptcy protection last week, Crypto.com is a privately held company, based outside the U.S., that provides a variety of services related to cryptocurrency trading and storage.

💡Is gold a better investment than crypto? Here’s what you need to know.

📸 Image of the week

“While European nations deal with the economic fallout from a war in Ukraine, Washington is warning them to brace for the economic catastrophe that could result from a war over Taiwan. US diplomats are reportedly telling their transatlantic counterparts that the global economy would suffer a hit of $2.5 trillion per year from a Chinese blockade of the island, while a full-on invasion would cause immensely more commercial carnage,” Bloomberg’s Hal Brands writes.

“We are a nation in decline. We are a failing nation for millions of Americans. I will ensure Joe Biden does not receive four more years,” Trump said in a speech at his private Florida club.

🛑 You’re fired. Amazon reportedly plans to lay off about 10,000 employees in corporate and technology roles starting this week. (The New York Times)

The cuts would be the largest in the company’s history, affecting Amazon's devices organization, retail division, and human resources. Last week, Mark Zuckerberg said Meta would lay off more than 11,000 employees for the first time in the social media giant’s history.

🚀 To the moon. After lifting off from Florida early on Wednesday, Nasa's Artemis 1, the most powerful space rocket in history, is finally on course for the moon. (The Guardian)

“On behalf of all the men and women across our great nation who have worked to bring this hardware together to make this day possible, and for the Artemis generation, this is for you,” the launch director, Charlie Blackwell-Thompson said.

👀 A secret under your kitchen floor. In North Yorkshire, England, a couple found 264 gold coins worth more than $800,000 under their kitchen floor while undertaking a new home renovation project. (The New York Post)

Initially, the pair thought they had found an electrical cord six inches below their floorboards, but on closer inspection, it turned out to be a soda can-sized cup filled with coins dated between 1610 and 1727. 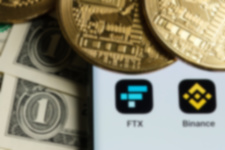 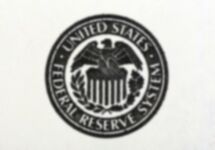