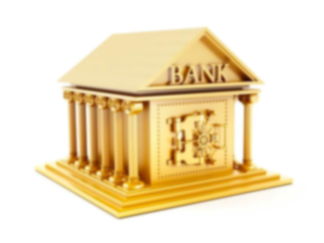 In 2021, central banks continued buying gold, with emerging countries stepping up as key net buyers. Do you wonder why? Here’s what you need to know.

Central banks across the world now hold more than 35,000 metric tons of gold, about a fifth of all gold ever mined.

But what is it about gold that makes it such an indispensable asset for central banks?

Before jumping headfirst into it, let’s first refresh on what is a central bank and what are its key functions.

A central bank is a government institution that oversees a nation’s monetary policy and controls its money supply. Simply put, central banks authorize the printing of legal tender notes (paper bills) which you can find in your wallet.

Other than that, a central bank holds a nation’s financial reserves made up of foreign currencies, precious metals, and other assets.

But why do central banks want gold so much?

Well, for almost the same reasons as you, actually.

Here are the 2 main ones:

Gold is a well-known safe-haven investment that retains its value (or even goes up in value) in times of uncertainty, stock market volatility, or geopolitical crisis.

Take a look at this table showing gold performance during the biggest stock market crashes in history:

As you can see, the price of gold went up in most cases, and large-scale geopolitical crises are usually no exception.

When things get bad on the international scene, investors (and central banks) rush into gold to protect their assets. And as we know, greater investor interest will end up impacting the price of gold, often pushing it up.

That’s exactly what happened during the upheavals in the Middle East in the 1970s and the U.S. bombing of Libya in 1986.

And that’s what’s happening right now with the Russian invasion of Ukraine in February 2022:

Last week, the gold price hit a new high of $2,068, beating its previous record set in the summer 2020, after investors made a beeline for gold on mounting fears around the war in Ukraine.

Goldman Sachs even sees the gold price moving further up to $2,500 by the end of this year.

The bottom line of all this is that, apparently, for central banks gold is like the ultimate nest egg:

“If the entire system collapses, the gold supply provides collateral to start over. Gold gives confidence in the strength of the central bank’s balance sheet. That gives a safe feeling,” a report from the Dutch central bank reads.

Another primary role of gold for central banks is to diversify their reserves.

As we’ve said earlier, the banks are responsible for their nations’ currencies. But, as you know, these currencies can be subject to swings in value, depending on the state of the country’s economy.

And in times of need, central banks may be forced to print more money to stave off economic turmoil but at the cost of devaluing their national currencies.

That’s what they did during the outbreak of the Covid pandemic by printing billions of dollars, euros, etc. to protect their economies.

Gold, by contrast, is a finite physical commodity whose supply can’t be increased easily. As such, it is a natural hedge against paper money losing value.

Moreover, gold has an inverse relationship with the U.S. dollar, which means that when the dollar drops in value, gold typically rises, enabling central banks to protect their reserves at times of volatility.

Or, as American banker and financier JP Morgan once famously put it: “Gold is money. Everything else is credit.”

Of course, there are more reasons why central banks choose to invest in gold, including the fact that gold cannot default or go bankrupt, unlike every single bank, corporation, or government in the world.

Below is a chart showing the reasons why central banks bought gold in 2021:

As you can see, the main reasons why central banks hold gold are:

By and large, this shows that central banks saw gold as the ultimate hedge in 2021, a year marked by the ongoing Covid crisis, rising inflation, and supply chain chaos.

Now that we know the main reasons why central banks buy gold, it’s time to see how much gold central banks have bought over the past years.

How do central banks buy gold?

Up until 2009, the year of the worst economic crisis since the Great Depression, central banks were net sellers of gold, mostly to increase their holdings of U.S.-denominated assets like U.S. Treasury securities.

In 2009, driven by worries over global currencies and economic uncertainty, central banks turned from net sellers to net buyers of gold for the first time in 20 years.

What is a net buyer or a net seller?

Since 2010, central banks have been consistent net buyers of gold (although there were also several instances of monthly net sales in 2016 and 2020).

Here is a list of countries that were the main gold buyers in 2021:

As you can see, emerging economies such as India, Kazakhstan, and Belarus, stepped up among the key buyers of gold, and, more recently, E.U. members like Poland and Hungary have been making regular additions to their gold holdings. As of July 2016, the European Central bank had 28% of its reserves in gold.

Nevertheless, the U.S. remains the world’s biggest holder of gold, with over 8,100 tons, which equals almost 78% of its total foreign reserves.

Where do central banks buy gold?

The most common way for central banks to add gold to their reserves is to buy it in the Over-the-Counter (OTC) market. This simply means that a central bank buys gold directly from a bullion bank or an internationally-recognized gold refinery (e.g. MKS PAMP).

The second way for central banks to purchase gold is through the Bank of International Settlements (BIS). It’s a financial institution based in Basel, Switzerland, which literally serves as “a bank for central banks”.

The GD standards are set by the London Bullion Market Association (LBMA).

The MKS PAMP refinery is an important actor in the Good Delivery System used by most central banks. It is both accredited by the LBMA as good delivery for gold, silver, platinum, and palladium, and is one of the 3 refineries in the world chosen by LBMA to help maintain the system’s high standards.

Well, Goldman Sachs expects central bank demand for fine gold to reach historic levels in the 2nd half of 2022, with geopolitics and diversification being among the key reasons.

Here’s what the bank said in a note:

And you, are you thinking about buying gold this year? 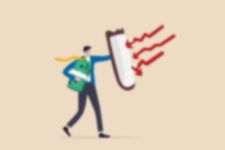 Central banks are rushing to raise interest rates to tackle rising consumer prices in Europe. There are a few things we can learn from them about fighting inflation.

What does the future hold for gold? Here are the 4 trends that could make the yellow metal shine in the nearest future.

24/09/22: Major central banks announced sharp increases in interest rates as inflation keeps accelerating, recession is out of the bag in the UK and looming everywhere else, Putin slides into war gear, Trump in (more, bigger) legal troubles, and more…